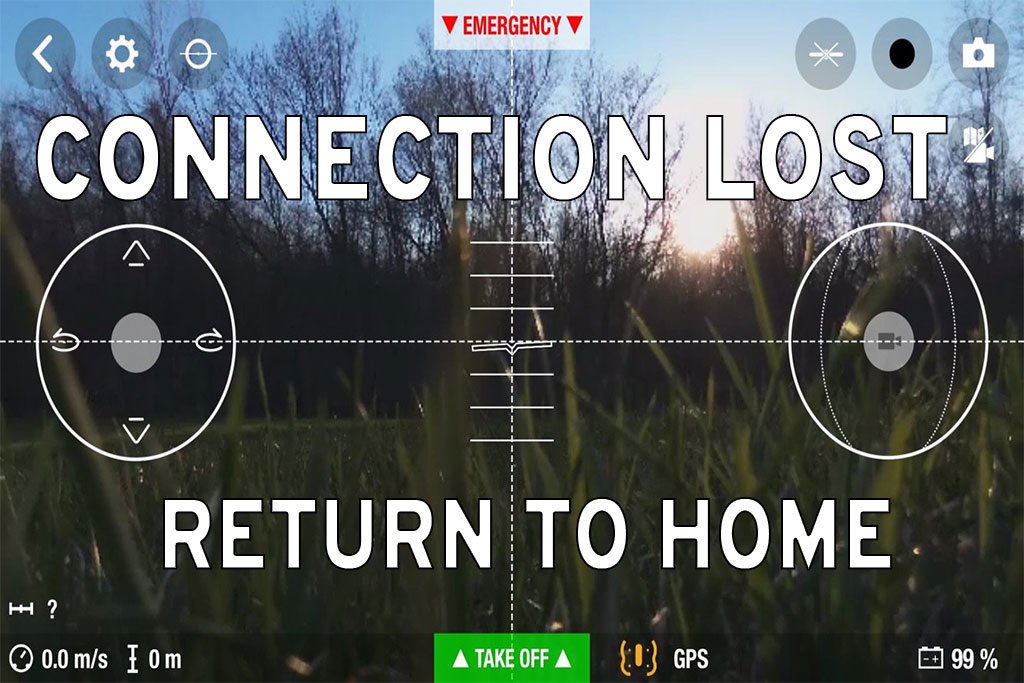 What Are Return to Home Drones and Why Use Them?

Drone engineers are now programming Return to Home Drones/One Key Return functions into drones’ features.  The function’s name describes exactly what it does. The pilot presses a key that triggers the RTH (return to home) function, and the drone starts its flight back to its “home”.

What is “home” to the drone? Why is this feature becoming popular among drone users? Home is usually the take-off position of the drone. And return to home drones are sought out for many purposes.

RTH purpose isn’t just for fun (which it really is fun), but as a fail-safe and emergency mode during flight.

The RTH is a little different on each drone. For example, RTH activates when the drone is unknowingly too far and the battery runs low. Before the battery dies, the drone returns to its home point.

The return to home drone will automatically turn on RTH if there is an interference between the drone its controller.

Other drones, when you manually activate RTH, will change altitude before flying back home. This is so the drone isn’t too low or too high while piloting itself.

Ironically, there are drones that use RTH without a GPS/GLONASS system. Instead of using a recorded home point, the quadcopter drone simply flies backwards. Going backwards is more successful with a headless drone. GPS of course adds extra precision, but for a low costing drone, going home backwards is pretty cool!

Another function that goes together with RTH are obstacle-avoiding sensors. Having this function makes RTH almost fail proof. When RTH activates, the drone attempts the shortest route home, not necessarily taking the same path back. Having a drone that senses objects, means RTH will affective and your drone stays safe.

Another function that goes together with RTH is obstacle-avoiding sensors. Having this function makes RTH almost fail proof. When RTH activates, the drone attempts the shortest route home, not necessarily taking the same path back. Having a drone that senses objects, means RTH will affective and your drone stays safe.

Because drones have the very real possibility of running into objects on its way home, the argument against RTH begins. Users have experienced their drone going berserk instead of flying home when pressing RTH. Without obstacle avoidance, the drone can run into objects and never come back.

GPS signal can become weak or totally go out during flight. With this in mind, we advise flying, especially while learning, in open spaces.

Once you press the RTH button, do not try to control the drone at this point, especially if it’s out of your LOS. You don’t want to interfere with the controllers when it’s on its path home. This could cause you to lose and/or crash the drone.

READ THE DRONE’S MANUAL about its RTH mode. Every drone that has RTH works differently. Understand how the function works, and practice using the feature with your drone in sight. Before taking risks, practice flying and using the RTH in open space with the drone in sight. This will allow you to understand how it flies and returns, and to make sure there are no glitches in the feature.

Be patient when you press the return to home key. Don’t try to control the drone at this point. Especially if it’s out of the LOS (line of sight). Since we are now well versed on what Return to Home drone quadcopters are about, it is time to read about all the great Return To Home Drones on the market, in no particular order.

It’s not a guide until a DJI drone makes it to the list. Compare it to the Phantom 3, the advanced has many more features. The drone quadcopter has a main controller which analyzes and saves flight information in real time. Through its GPS system it tracks motor speed, your commands, GPS location, and more.

Since it logs the information in real time, it logs your take-off point. And its visioning position system process information of its surroundings from the sensors all around. The Phantom 3 Advanced also has a GPS-assisted hover. All of these features help the RTH function be successful.

This drone costs around $800, depending on where you order, and what bundles you buy with it. The camera records up to 2.7K HD with a vision positioning system.

Since the creation of the X4 FPV model, Hubsan added many updated features to create the H501S. The H501S is larger and more advanced. The features are more intelligent, making it easier to fly, for flyers with and without experience. Users say it is extremely easy to control.

Features of the Hubsan quadcopter include GPS, brushless motors, headless and altitude modes, RTH, and follow me mode.

The camera is 1080p and streams a live-video feed to a controller with a 4.3-in LCD screen.

DJI’s newest and very anticipated drone on the market. DJI Spark is a mini drone which fits in your hand! DronesInsite is a big fan of the DJI Spark, because of its size and its capabilities. With the TapFly feature, the Spark recognizes your face, and launches from your hand. Control the mini quadcopter with hand gestures, and it does control smoothly and quickly.

The drone sports a full HD camera that shoots video at 60 fps. There is little jello-effect because the camera mounts on a stable 2-axis gimbal.

The drone flies for 15 minutes at a 2km range.

The JJRC H26D quadcopter drone is a very affordable drone, coming in at under $100. It has cool features, of course including RTH, and it sits at a low cost for the features.

It is a brushless motor quadcopter, FPV, and headless mode. The 3MP camera mounts on a 2-axis gimbal that can turn in 4 directions.  It is very stable, and withstands crashes really well.

H26D has a range of 300 M, which is far especially for a cheap drone. However, it only has a battery life of 7 minutes.

The design assists the drone in its flight. A lightweight frame but large body, lets you do a lot with the drone. It is great at tricks like backflips and somersaults. Bumping into objects while flying fast isn’t a huge issue, the frame bends and absorbs hits.

Photo and Video quality is the least impressive feature of the drone; the camera is tiny, weighing only 0.2 oz. Because of the position and size of the camera, the images are fuzzy, bright, and distorted.

Battery life lasts up to 9 minutes.

We think this drone is great for skilled pilots who want full control of the drone, because it needs an experienced touch. It is a lot of fun for this.