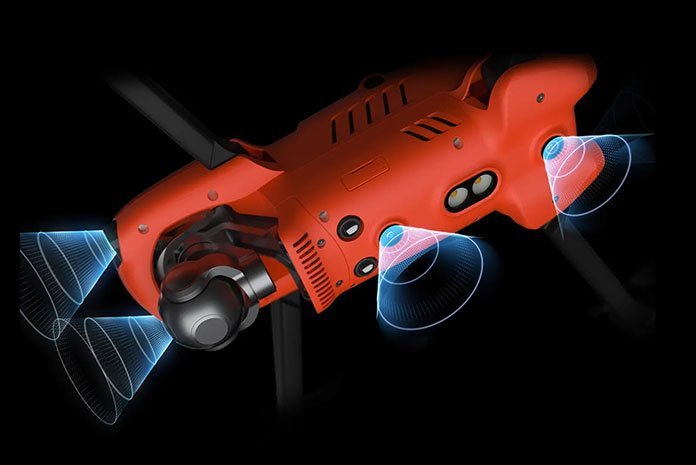 If you are anything like us, you may have gotten more and more into using drones as they have become more commonplace. There are many uses for drones, as you can use a drone both creatively, or for more practical purposes. Regardless of the reason you might be looking for a new drone, it would be best if you tried to find a drone that can perform to the standards that you require. This is especially true if you need to use your drone for some work or surveillance. In this article we review the new Autel Evo II Series Drone.

Different kinds of drones are suited to varying types of work. There are also some types of work or industries where using a drone can be incredibly beneficial or useful. Drones generally have sensors, which you can use to gather data over a wide area. If you enjoy photography or videography, then you can get footage from angles and heights that otherwise wouldn’t be possible by using a drone.

On the other hand, some people enjoy using drones for recreational purposes in a similar way to flying a remote-controlled airplane. Drones are impressive pieces of technology, and the best drones are seriously impressive to watch in the sky. A very high-quality drone is generally going to fly smoothly and be capable of reaching dramatic heights, as well as hovering for a prolonged period of time.

One drone manufacturer that is renowned for producing quality drones is Autel Robotics. Autel produces different ranges of drones to meet various demands and specifications. One of Autel’s more popular ranges is the EVO II Series. The series is available in three different models (EVO II, EVO II Pro, and EVO II Dual). In this review, we go into depth discussing the specifications of the EVO II series, as well as its performance compared to some similar drones available on the market.

Overview of the Autel EVO II

The Autel EVO series is a newer product, which the brand announced in 2020. The primary difference between the three models in the Autel EVO II series is the payload. This is because the three Autel EVO II drones have the same frame. A ‘payload’ is the maximum weight that a drone can carry, which is relevant if you wish to use your drone to film or for its sensors and intend to use extra cameras or sensors etc.

As such, the three drones generally have the same specifications, with some minor variations between them. The Autel EVO II series drones have a foldable frame and are capable of omnidirectional obstacle avoidance. The drones can follow subjects autonomously, which is great if you wish to use a drone without needing to control it the entire time.

The Autel EVO II drones have many specifications in common. These drones have a maximum range of 5.5 miles. They have internal storage of 8 GB and a maximum flight time of 40 minutes. The drones have a built-in controller screen, and it is also possible to plug your phone into the drones.

Regarding size and weight, the dimensions of Autel EVO II drones are as follows. The drones weigh between 2.48-2.62 lbs at takeoff without payload. When unfolded, the Autel EVO II drones measure 397 mm across. It has a ground clearance of 22 mm. They have two modes for flying- ‘standard’ and ‘ludicrous.’ At standard speed, the drones can fly at roughly 15 m/s, and at ludicrous speed, the drones can fly at 20 m/s.

The Autel Robotics EVO drones do differ in some respects, especially in regard to the cameras that they have. One feature that truly sets the range apart from other drones at a similar size, in general, is their cameras. The following section outlines the camera specs of the different drones in the Autel EVO II series.

Our Experience with the Autel EVO II Drones

We have tried out all three of the Autel EVO II drones as part of this review. In general, we were impressed with the performance of all three of the drones. The standard drone has a higher-resolution camera than the other two in the series, shooting footage at 8K instead of 6K, like the EVO II Pro. However, if you are mostly going to use the drone for videography, you might prefer the EVO II Pro. This is because the EVO II Pro has an adjustable aperture and a larger sensor.

Something that truly sets the Autel EVO II series in general, apart from its competitors is the flight time. Being able to fly these drones for around 40 minutes means you can capture incredibly detailed and lengthy footage. The drones are very easy to control and fly well, and their automatic obstacle detection and avoidance removes a lot of the stress around flying them. We were also impressed by their flight speed, and how easy it is to switch the payload in and out of the drones.

The Autel EVO II series has genuinely broken new ground in some areas, especially for such a small model. The flying time is unmatched by other drones of the same size, and there is currently no other foldable drone that carries an 8K camera. Based on the specs and the performance of the drone, it seems to have been designed largely to be a superior version of the DJI Mavic 2 series.

The Autel EVO II Series is an incredibly exciting addition to the drone world. The performance of the series is impressive, and the 8K camera is the highest-resolution camera available to date on a drone with a foldable frame. We feel that this series arguably makes the DJI Mavic 2 series obsolete, as it is essentially a very similar product with better and more powerful specifications. However, if you are looking for a drone with a faster flying speed, then one of the DJI Mavic 2 series may be a better bet for you. Otherwise, we are incredibly impressed with the Autel EVO II series.