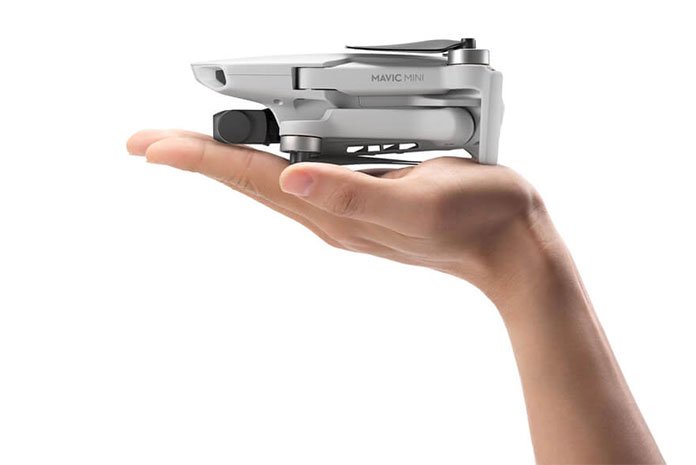 Dubbed as ‘The Everyday Flycam’, DJI Mavic Mini is an ultra-light device that is portable and easy to carry. The idea behind the DJI Mavic Mini is for users to take it anywhere with them – on vacation at the beach, on the golf course, in a crowded marketplace, and more.

Retailing at $399, this detailed review will discuss whether this small drone is really worth the price or whether buyers should just go get themselves a bigger drone for the same price. We will discuss its many features and benefits, its pros and cons, and in the end, we will have a final verdict that gives our last say on this newest drone from renowned drone designer DJI.

With the idea of taking it with you on an outdoor adventure or just in your everyday life, the ultra-light and portable DJI Mavic Mini is so small that it can fit into a lady’s purse or handbag.  This truly personal drone allows users to record all of life’s great moments.

The makers of DJI Mavic Mini recognize that everyday life is as special as our big adventures, so they built the DJI Mavic Mini to record these moments. DJI is known worldwide to offer its customers premium features even in their smallest drones. The company is also known to offer perfect drones for specific purposes.  This drone is perfectly suited for beginners and hobbyists looking for something easy to operate and with a budget-friendly price.

Here are the product dimensions of the DJI Mavic Mini: 6.3 x 3.1 x 0.4 inches. In fact, it is so small that you don’t need to register it with the Federal Aviation Administration (FAA).

This drone has cleverly-designed foldable arms. It also comes in an easy-to-carry case.

Despite its small size, the DJI Mavic Mini should not be taken lightly. It certainly packs a punch with its 30 minutes of flight time. When tested, this lightweight DJI drone delivers, logging in an impressive flight time of 26 minutes.

This drone has touch-control features that are easy to use. The intuitive control buttons make it simple to use. Even a person who is not so adept in technology will not have a hard time learning how to use it.

It is amazing how this DJI model has managed to fit a 3-axis gimbal into such a lightweight design. A 3-axis gimbal ensures smooth and stable camera footage.

The DJI Mavic Mini has GPS technology and a downward-facing sensor that allows it to hold the position that it’s in when there is no satellite connection. This is particularly useful for indoor shots.

This drone has three flying modes: Cinematic, Sport, and Position. The Cinematic mode automatically adjusts joystick sensitivity, which makes it easy to get smooth, cinematic-like video footage without having to make in-app adjustments. All you need to do is to select your QuickShot and the drone will execute the motion while recording. You can even share it directly on social media.

The Mavic Mini can fly up to 500 meters above ground level and has a range of 4 kilometers or 2.5 miles.

You can easily personalize your DJI Mavic Mini by creating stickers and sticking them directly on the device.

It offers several QuickShots selections: Rocket, Helix, Dronie, and Circle. These describe how the drone will move around a selected target.

When we tell you it is ultra-lightweight, we are not kidding. Weighing only 249 grams, this drone is as almost as heavy as a billiard ball but about 100 grams lighter than a can of soup. This tiny drone literally fits into your pocket. As a rule, drones that weigh between 250 grams (.55 pounds) to 55 pounds should be registered with the FAA. Since this drone only weighs 249 grams (about .48 pounds), it doesn’t need to be registered. The same laws apply in other countries as well.

The remote control of the Mavic Mini has an HD video feed that can be controlled up to a distance of 4 kilometers.  For added portability, the detachable control sticks are easily stored inside the remote control.

SkyPixel is a social media platform for DJI drone users to share their aerial photos and videos.  This platform also allows you to discover ideal locations to take aerial photography shots.

The DJI Mavic Mini also has a wide range of fantastic compatible accessories.  You can carry your drone and other small items in a DJI Mini Bag complete with an Osmo Pocket. The Two-Way Charging Hub, which is sold separately by DJI, is able to charge up to three batteries in sequence.  You can also use this great accessory to store and transport batteries.  You can even use it as a power bank to charge your smartphone.  You can also purchase other great Mavic Mini accessories from third-party suppliers.  The DIY Creative Kit allows users to create shell stickers and colorful markers so that they can personalize their drones. Users can also purchase a Mavic Mini charging base.

Even if the Mavic Mini twitches in the air a little, it won’t spoil the footage. The video will still hold steady even if conditions are windy.

The easy-to-use app of the Mavic Mini is one of its best features.  It is remarkably easy to use.  The DJI Fly app is streamlined and simple. All you need to do is to connect your phone to the controller, then open the app. After that, you’re pretty much good to go. Actually, you don’t really need your phone at all to fly this drone.  However, it is much easier to do so with the provided video stream and on-screen buttons.

When you first see the Mavic Mini, you would be concerned whether it will hold up in windy conditions.  Surprisingly, it does hold its own, at least where we tested it in a relatively gutsy coastal area. Even if it moves up and down with the wind a little bit, the movements were minimal and nothing to be alarmed about.

With its size and weight, you can literally bring this drone just about everywhere you go. There’s almost never an inconvenient time to bring it along, so you will be able to record a lot of things that were not possible to record before. What makes drones unwieldy are their protruding arms. Since the Mavic Mini’s arms can be folded, the problem is solved. The compact model is almost as light as a smartphone.

This drone captures great shots for its size.  Just like another DJI model, the Spark (no longer in production), it can capture JPEG photos. It is able to capture dark highlights and blue skies, which is relatively hard to do especially for smaller drones. It is also able to capture compelling footage in 2K high-definition. You can even transform these footages into professional-quality productions with the DJI Fly app.

With the Mavic Mini, beginners won’t feel daunted with handling a drone for the first time. It even offers the Flight Tutorial feature, which helps beginners navigate the Mavic Mini safely and quickly. On the other hand, more experienced flyers will still appreciate how it is so lightweight, portable, and easy to use.

This drone is equipped with a 3600-propeller guard. This protects the propellers and promotes flight safety.   Incorporated into the app are Safe Fly Zones, which is especially useful if you are a novice flyer. This basically tells you where it is safe and legal to fly.

So, is the DJI Mavic Mini really worth it? With the holidays just around the corner, will this be a perfect gift for someone you love? Dubbed as a ‘tiny drone with big ambitions’, this camera drone diminutive has a lot of great features found in bigger drones. In fact, this drone makes other drones look chunky and big. This model proves that size doesn’t matter.  This is a capable drone that comes at a very accessible price point.

This new Mavic Mini model is designed for everyone.  While serious drone enthusiasts may like the premium models, the casual photographer, the family man or woman, the small business owner, or the blogger will be drawn to the Mavic Mini. This take-anywhere drone gets a two-thumbs-up for its convenience factor, making it ideal for a variety of uses. From capturing cherished family moments to taking aerial shots of a property that you’re selling, the DJI Mavic Mini makes it easier for more people to use a drone.

The benefits of the DJI Mavic Mini far outweigh its disadvantages. If you’re not particularly interested in all the bells and whistles of the premium models, this is the perfect drone for you. It offers good value for money, and I’m sure you will get many hours of great footage from it. If you feel that the time has come to get a personal drone for you or your loved one, then this drone is the best one to get. This is an ideal option for anyone interested in aerial photography. 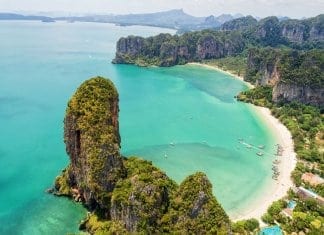 April 1, 2018
With technological progress, science has developed new ways to capture images, from tentative angles. Today, we have the luxury to capture aerial photographs with...

FAA Rules – Everything You Need to Know for Flying Drones

How Drone Videography changed The World of Film making 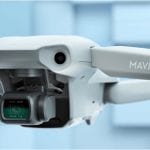 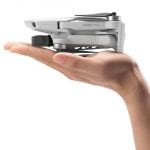 November 13, 2019
DJI Mavic Mini Review Dubbed as ‘The Everyday Flycam’, DJI Mavic Mini is an ultra-light device that is portable and easy... 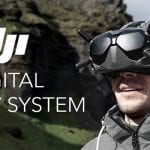 August 11, 2019
DJI Digital FPV System Product Review If you are into drones and racing, then you will truly love this breakthrough product from DJI which features... 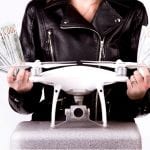 August 3, 2019
Drone Rental Way back in 2016, Goldman Sachs research projected a $100 billion market opportunity for drones until 2020, particularly from growing demand from commercial... 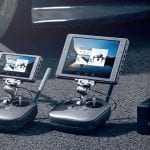 July 29, 2019
Professional drone pilots and drone enthusiasts rely on several accessories to make things easier for them. These accessories are specially useful when a drone...