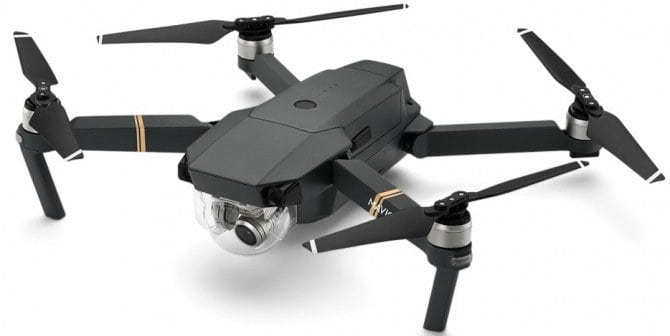 There is no doubt DJI Mavic Pro falls into the top category of drones. Heck, I bet you can’t even list more than a few better mainstream drone out there. But can it be called the best mini drone currently available on the market? Well, to answer this question we will first have to define what a mini drone means.

Since we are talking about top flight aerial performance models, a mini drone would be one that can fit inside of your casual backpack. In other words, we’ll call it a mini drone if it doesn’t require a seperate hard shell case for carrying around. Obviously, this immediately eliminates the likes of Autel Robotics X-Star Premium, DJI Phantoms and Yuneec Typhoons. What remains then? Well, only a handful of top tier models including the subject of today’s article!

I am mainly referring to GoPro Karma, Parrot Bebop 2 and the up-and-coming outdoor sports sensation AirDog ADII. Those are basically the only 3 drones with cameras that can be placed in the same basket with DJI Mavic Pro. Sure, there is Hover Camera Passport, Yuneec Breeze, Wingsland S6… but they are direct competitors to DJI Spark rather than Mavic Pro.

Needless to say, competition is rather scarce for DJI Mavic Pro. What’s even more surprising – it seems as though nothing will change at least in the foreseeable future. No similar drones have been announced lately meaning that DJI Mavic Pro could indeed be the best mini drone out there.

Parrot Bebop 2 can be scratched out of the equation almost immediately if we were to judge solely by pure performance. However, price tag falls in Parrot’s favor but that’s still not nearly enough for it to take the win.

AirDog ADII promises a lot but we shouldn’t forget the fact that it’s not meant to be a conventional aerial photography drone. Its primary focus are outdoor sports/adventure enthusiasts who want a personal smart camera to capture their breathtaking endeavors. For that reason, AirDog ADII falls short in terms of operating range and makes room for the last real competitor….

GoPro Karma and DJI Mavic Pro were made to be direct competitors. Both companies were entering the market with the same thoughts and right now… I’ll go out on a limb and say DJI Mavic Pro took the win. Why? Let’s find out!

As far as size is concerned, GoPro Karma is actually a lot bigger than DJI Mavic Pro. Perhaps not that much when unfolded, but in folded shape the difference is quite noticeable. On the other hand, GoPro Karma carries a fully fledged action camera which will give you better image quality. On the low end, Mavic Pro makes for a much more travel friendly option.

Instead of beating around the bushes here is a straight up specification comparison between these 2 drones. We will only take battery duration and operating range into consideration as they are the 2 most significant numbers. GoPro Karma has roughly 3 kilometers of range while DJI Mavic Pro goes all the way to 7km. Battery duration is also in favor of the Mavic with 27 minutes against 20(ish) on GoPro’s drone.

The only section in which GoPro Karma is actually better than DJI Mavic Pro – camera. It comes as no surprise since Karma sports one of GoPro’s state of the art action cameras. Depending on which one you go for, the difference in footage between these 2 might slightly vary. Despite all that, the camera on DJI Mavic Pro is not half bad. It’s quite the contrary – 3-axis gimbal and fully fledged 4K camera are capable of recording professional grade footage! But they can’t beat a GoPro Hero 6, obviously…

Last but not least – features. Honestly, DJI Mavic Pro is miles ahead of GoPro Karma. With quick and precise obstacle avoidance, gesture controls and a plethora of autonomous features, DJI made sure their travel friendly drone is beginner-friendly too. On the other hand, GoPro Karma can be called decent at best… with the only bright spot being Karma Grip which makes room for handheld and body mounted footage.

Other than all the things mentioned above, the main thing that makes DJI Mavic Pro so special is the integrated OcuSync Transmission Technology. DJI really did a good job with this one, managing to get around 50ms latency in 960p HD resolution. Best of all, it can go all the way to 7 kilometers which is absolutely ridiculous. Other top flight transmission technologies such as FPV Blue and TBS Crossfire shouldn’t be taken out of the equation but there’s no doubt DJI OcuSync has a certain charm to it… even more so now that DJI Goggles RE came out.

Any news on DJI Mavic Pro 2?

I believe it’s only appropriate to conclude this article by saying a thing or two about the upcoming DJI Mavic Pro 2. Unfortunately, there isn’t a lot of new things to say about it. We still don’t know the exact date of the release. In fact, we still don’t know whether it will be released at all. Some people believe DJI Mavic Pro Platinum Edition is a fancy name for DJI Mavic Pro 2. A method of recreating the hype with minimal changes made to the actual product. Whether or not they’re right… I guess we will have to wait and see!

FAA Rules – Everything You Need to Know for Flying Drones